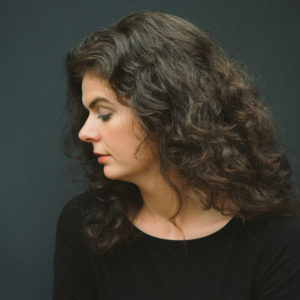 Who counts the money?
Who sits behind a shield
and tells me the phone isn’t safe?
Who has her lunch at one?
Who shows me what I’ve done
and makes me poorer – richer –
whatever I want?
Who demands my number and my key?
Who is always warning me?
Students –
Who is the nice lady in the bank?
Is she Death? Is she Love?
What feeling is she? What state might she be?
Let’s think of a different word for melancholy.
Can we? Shall we?
O Students –
I must address you from my death-bed
from my death-chair, from my death-desk.
I must stand at the window,
and address you thus:
don’t refuse to taste the sweet –
to taste the salt –
don’t refuse it always.
If I was the cause of your unhappiness
I cannot apologise.
I was – of course – the cause of mine.
I said ‘yes’. I said ‘yes’ several times.
Remember this: ‘yes’ is not always the right answer.
But it might be. How will we know?
Oh –
I have struck –
twenty-one times –
the lighthouse in the Florida Keys;
I have been shot by the plume hunter;
I have not made a nest for ninety-five years;
I am on the verge of extinction;
I have begun my decline –
And can you hear me,
O Students of the heart’s revolution?
It’s true I lack the black patch on my throat;
it’s true I have a whitish eye-ring;
it’s true my eyes are swollen:
I am disappearing!
And when I am gone,
my feathers will be guarded
from academic scrutiny.
But even so,
I will be used and abandoned;
and exposed to ridicule.
Students –
I speak to you from my lowest ebb;
from my deepest speechlessness;
from my furthest silence.
I dream of babies and despair.
I try to kiss the postman but he slams the door.
Well, why ring the bell so loudly?
I speak to you in a voice
no one has heard for decades.
I speak to you through lips
of salt and sugar.
Now, answer me:
Who changes the currency?
Who stamps the receipts?
Who says the gesture of authenticity
is also an aesthetic gesture?
Who?

The idea for this poem came initially from reading Zbigniew Herbert’s radio play, Reconstruction of a Poet (trans. Magdalena Czajkowska); an extract of which appears on page three of the first edition of Modern Poetry in Translation, published in 1965. Herbert’s play opens with a character named ‘Professor’, who is giving a lecture on Homer. Homer himself appears later on in the play, as an old man who is losing his sight.
As well as being attracted to the form, I was taken with Herbert’s use of the two perspectives: the lecturer’s versus the poet’s. In today’s world the two are often, by necessity, interconnected, and with this in mind, I decided to merge the two perspectives in my poem. I also changed the poet: she is not Homer, but a character who is loosely based on the Austrian writer Ingeborg Bachmann. There is no logical explanation for choosing Bachmann as my protagonist; I was simply reading about her poems in a different, more recent back issue of MPT at the time of drafting ideas, and the strength of her voice was irresistible.
Another coincidence: while taking a break from working on the poem, I was leafing idly through an attractive book called Extinct Birds by Erol Fuller. My eye alighted on one illustration in particular: a tiny yellow and black warbler called Bachman’s Warbler (it only has one ‘n’ instead of Ingeborg’s two).
I decided then, taking Herbert’s title as my starting point, to try and reconstruct a poet as a bird, by merging the facts I had read about Ingeborg Bachmann with the facts I was reading about Bachman’s Warbler. I then decided to place, in and out of these, some slightly skewed versions of Bachmann’s own words.
The final section of this poem comes again from an MPT back issue: an article by Karen Leeder about Bachmann’s unpublished poems. In it, Leeder writes:

Although many of the poems lack the gesture of opening outwards towards the universal, it would be wrong to think of these pieces simply as protocols of a soul in despair. As has been pointed out many times, the gesture of authenticity is always also an aesthetic gesture.

This quote is particularly applicable to the poetry that appeared in the very first issue of MPT, which brought to English-speaking readers not only the work of Herbert, but also that of Miroslav Holub, Czesław Miłosz, and Vasko Popa, among others. Sometimes, however, I think it’s important to consider the possibility that the phrase could also be reversed; in other words, to consider the possibility that with nearly all poetry we could say that the aesthetic gesture is also an authentic one.