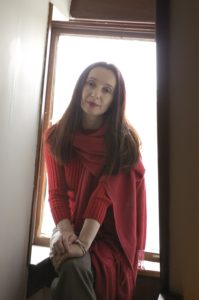 Marzanna Kielar grew up in Gołdap in northern Poland. She has published several collections of poetry and has received prestigious literary prizes in Poland and Europe: the Iłłakowiczówna Prize for the best debut of the year (1992), Kościelski Foundation Prize (Geneve), the Passport Award for Most Promising Literary Talent, and a nomination for the NIKE Literary Prize as well the Cristal of Vilenica Poetry Prize (Slovenia) and Hubert Burda Prize for a selection of her poems in German. Her poems have been translated into twenty-three languages and published in more than forty anthologies. A collection Salt Monody, translated by Elżbieta Wójcik-Leese, was published by Zephyr Press in 2006.