Earth, a virtuous body has now arrived.
An overwhelming sun rose in it once,
Its eyes shone brightly like a long July,
A breath of mellow twilight filled its lungs,
A spellbound moon traversed its breast.

The palms of its hands felt water and stroked pets.
The soles of its feet kissed beaches and rocks. Insight.
A strange insight formed in its head, its tongue
Grew sharp, its fingers found the fists they held,
It fought for bread, for money, honours, light and sex.

You can read an awful lot of books about it.
You can even write your own. Earth, don’t be hard
On this man who had at least a hundred keys,
But not a map or compass for this blind path,
And now has come to spend his first night here.

God in the Middle Ages 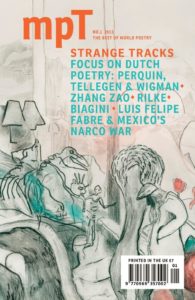