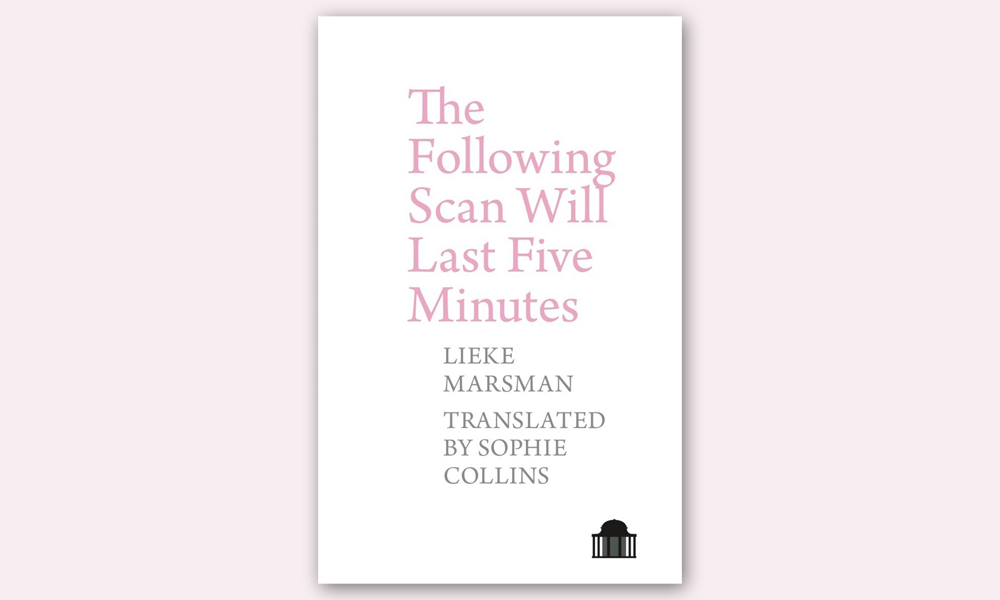 ‘Translation’, writes Sophie Collins in her endnote to this book, ‘is a three-way street’ – involving the author, translator and translation, each intimately engaged with, but moving in a different direction from, the other. The translation, which eventually takes on a life of its own, arrives in the reader’s hands with an echo of that intimacy, refusing to be held to enforced notions of ‘fidelity’ that presume the existence of another, ‘flawless’ translation. Collins recalls how, after she and Lieke Marsman first published some of the poems in this volume, several (male) readers had taken issue with ‘inaccuracies’ in her work, looking ‘straight past the possibility […] that we had been working together on these translations for several weeks, if not longer’. She had felt shame, instinctively, at having been policed in this way, until Marsman herself defended the freedom and subjectivity of the translations.

It is important that we know this, because it helps us to understand what we are reading as a set of artefacts, from an ongoing exchange that brings the anxieties of living and dying into sharp relief. Marsman and Collins sketch the contours of contemporary society against the immutable backdrop of the human condition, asking, for instance: ‘Is there a hacktivist | who could interrupt mortality?’ The starting-point for these questions is Marsman’s diagnosis of chondrosarcoma, a rare cancer of the cartilage. Many of the poems emanate from the silence of ‘the MRI tunnel’, and dwell on the social constructions of illness and caregiving at this historical juncture, burnished by personal experience. ‘With cancer in your back’, Marsman quips, ‘everything | is suddenly afforded an epic quality’.

It is testament to Collins’s skill as a translator – and the intimacy of her relationship with Marsman – that we, reading these poems in English, can be moved by the immediacy of disease. Through the poet’s matter-of-fact observations, we grapple with her unimaginable diagnosis as a lived reality: ‘you hear about it on a Wednesday morning | die on a Tuesday afternoon | no strobe lights | … | the sun is shining’. In becoming ‘so quotidian’, the cancer inevitably also colours every observation: from how ‘all over the country | upscale housing developments metastase’, to how the smallest non-events punctuate the ‘morphinesweet unreality of the everyday’. The ‘scan’ in the collection’s title alludes not only to Marsman’s ability to put her own illness under the lens, but to the clarity with which she diagnoses the hidden ills of modern life. ‘There is a violence in the inertia of politicians’, she writes (of those who have failed to make good on the promises of post-Cold War Europe), ‘their endless deferrals effect real violence’. The fact that all of this is packed into thirteen short poems can make for breathless reading, but that itself is part of the point. After all, so much of our present condition seems terminal and interminable: ‘The news repeats itself | Language without sound | Cancer without catharsis’.

An essay by Marsman (‘How Are You Feeling?’) and Collins’s aforementioned ‘Translator’s Note’ lend the poems a frame of social and emotional context, and allow both writers to explore their key concerns – of politics, culture, and the translator’s craft – in greater depth. While some readers may consider them interruptions to the text, they in fact give us a sense of the distance that has been covered by the ‘three-way street’ Collins describes. It is only when we learn of Marsman’s unhappy encounters with the Dutch social security system, or read both writers’ ruminations on Audre Lorde, Susan Sontag, and Kate Briggs that we begin to grasp the fine-grained nature of the collaboration that has brought this book into existence. Beyond the poems themselves – which are an achievement – and their sparkling social criticism, this is the book’s greatest gift: a model of how to how to read, write, and speak with one another, despite our different languages, in the face of ‘the loneliest experience there is’.

Theophilus Kwek is a writer and researcher based in Singapore. His poems, essays and translations have appeared in The Guardian, Times Literary Supplement, Mekong Review and The Irish Examiner. He was formerly Editor-at-Large at Asymptote, and now serves as Co-editor of Oxford Poetry.