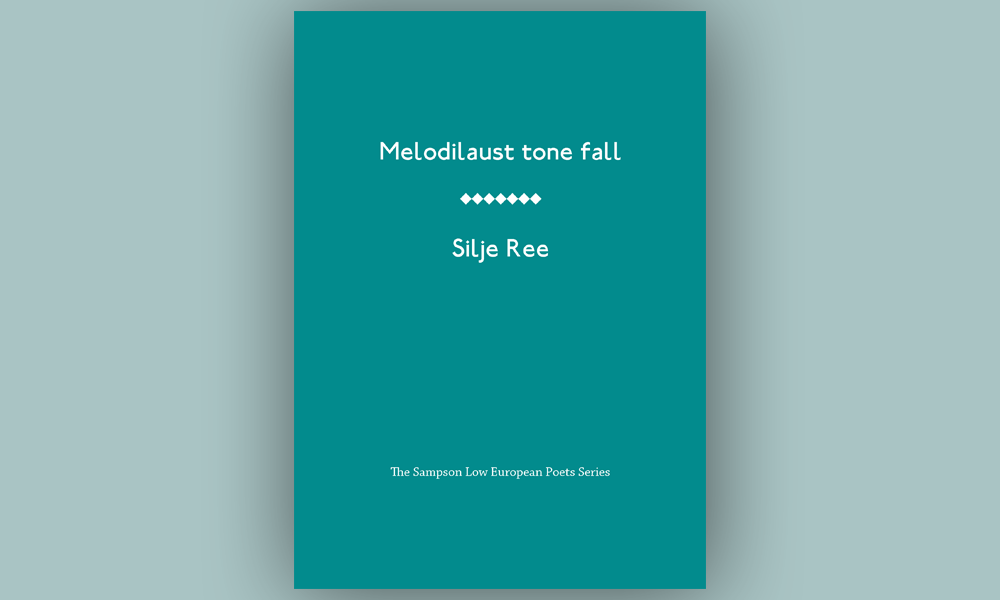 Melodilaust tone fall, Silje Ree’s pamphlet about the boundaries and constructions of language, is at is best when it is at its most ungraspable. This bilingual pamphlet artfully allows languages to branch off each other; a process which is echoed by the pamphlet’s central metaphor of language as tree. I will note here that I do not speak Norwegian – I had to check online resources for the Norwegian (and other languages) in this pamphlet – but to read just the English in this pamphlet would do it a disservice. It is only by trying to understand how the languages work together that you discover the pamphlet’s playfulness and depth. For example, Ree wittily writes ‘Jag kan inte tala Svenska, | men det vet inte du’, meaning ‘I can’t speak Swedish, but you don’t know that’, on a page with no English text. This is a pamphlet which is concerned with both the specificity of language and the doubling between languages. This play creates a series of mirror images. The project can only be understood when you take the languages in dialogue with each other.

However, Ree can lean too hard on the central metaphor of language being like a tree. The declaration ‘somewhere | along the climb I got lost.’ simplifies complex themes by forcing the poetry back to the language-tree metaphor. Nevertheless, the language-tree metaphor works very well in some places, such as when Ree links the process of exploring the constructions of language with the process of exploring the constructions of the self – ‘How to make sense | of the leaves of languages | when I can’t explain my thoughts’. This obscurity of both self and language challenges and disorients the reader.

Ree furthers this sense of disorientation with her meticulous concrete poems. The individual words that make these up are mostly indistinguishable, though the words ‘growing’ and ‘inside’ are visible in many of the images. The shapes of the poetry itself construct and deconstruct boundaries between English and Norwegian by allowing the languages to swap across the page. It is a great strength of the pamphlet that Ree allows the poetry and illustrations to take up so much physical space – the white space and images allow the pamphlet to build while also furthering this sense of things beyond articulation.

Melodilaust tone fall is at its best when there is a lightness of touch – for example, when it observes that the English word ‘robbery’ is the Norwegian ‘ran’. It is at its weakest in the few places when it tries to over-explain. Melodilaust tone fall poses difficult questions about identity and meaning while also using language in a clever, witty and very interesting way. It is the ungraspability at the centre of this pamphlet which makes it so strong; you will want to read this pamphlet over and over again.

Freya Jackson lives in Leeds. Her poems have appeared in places including Magma, Arc Magazine and The Frogmore Papers. She won a New North Poets Prize in 2019.