To celebrate International Women’s Day 2019 and the UN International Year of Indigenous Languages, we’ve picked a list of eight brilliant women poets in the UK who write in languages or dialects other than standard English, along with links to their work in Modern Poetry in Translation and elsewhere. Several of these poets will be featured in the forthcoming issue of Modern Poetry in Translation, which focuses on languages of the UK – and a line from Bebe Ashley’s BSL poem ‘Into the Weeds’ gives its title, Our Small Universe. The poem is featured in our forthcoming issue, and published in advance to celebrate International Women’s Day. 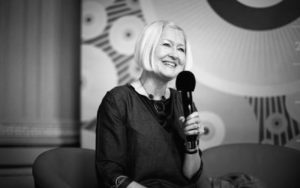 Christine De Luca writes in both English and Shetlandic, and is a native Shetlander who lives in Edinburgh. You can read four of her Shetlandic poems at Words Without Borders. In 2018, De Luca’s Shetlandic version of ‘The Orphan’ by Estonian poet Marie Under was featured in our digital pamphlet on Estonian poetry. Her translations of Arne Ruste were published in MPT The Great Flight in 2016.

Read more from this poem

Bebe Ashley is currently working on an ekphrastic collection inspired by Harry Styles. She will begin a PhD researching British Sign Language Poetry in October. Her BSL poem ‘Into the Weeds’ is forthcoming in MPT spring 2019, and the issue, Our Small Universe, takes its title from this poem. To mark International Women’s Day 2019, we’ve published this poem online ahead of the print publication date, alongside a BSL reading of the poem.

Read ‘Into the Weeds’ online 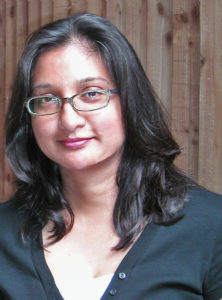 Fawzia Muradali Kane is an architect and poet. Born in Trinidad and Tobago, she came to the UK on a scholarship and is now a director of KMK Architects. Her debut Tantie Diablesse (Waterloo Press, 2011) was a poetry finalist for the Bocas Lit Fest Prize, and her recent pamphlet is Houses of the Dead (Thamesis, 2014). A selection of her poems were published in MPT Profound Pyromania, which focuses on Caribbean poetry. 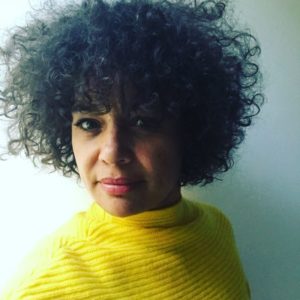 Born in London to English and Jamaican parents Karen McCarthy Woolf’s collection An Aviary of Small Birds was described as an ‘extraordinarily moving and technically flawless’ (The Poetry Review) ‘pitch perfect’ debut (Guardian). It was shortlisted for the Forward Felix Dennis and Fenton Aldeburgh prizes. In 2016 she was poet-in-residence at the National Maritime Museum, where she wrote part of her second collection, Seasonal Disturbances, which explores nature, migration, the city and the sacred, and has a Poetry Book Society Recommendation. An editor of five literary anthologies, she has launched many new voices, most recently via Unwritten: Caribbean Poems After the First World War, a collaborative project between 14-18NOW, the BBC and British Council, for which she is also an artist/co-curator.

She has translated for Nurduran Duman for MPT and her poem in cockney dialect, ‘Guy Fawkes Night’ is here. 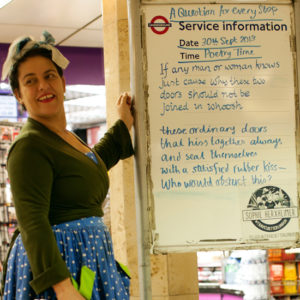 Sophie Herxheimer is a multidisciplinary artist, a poet as well as a painter. As an artist, she’s held residencies for LIFT, Southbank Centre and Transport for London, and had exhibitions in The Whitworth, The Poetry Library and The National Portrait Gallery – and much more. Her recent publications include Your Candle Accompanies the Sun, Velkom to Inklandt and The Practical Visionary (with Chris McCabe.)

Find out more about Sophie Herxheimer’s work and read her poems on her website. 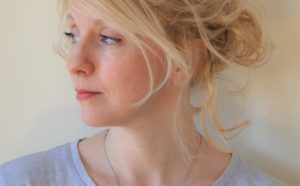 Liz Berry is an award-winning British poet, whose first collection Black Country, was named poetry book of the year by The Guardian, The Telegraph, The Mail, The Big Issue and The Morning Star. In 2018, she was awarded the Forward Prize for Best Single Poem for her poem ‘The Republic of Motherhood.’

Liz Berry’s writing is rooted in the dialect of the west midlands. As Ben Wilkinson writes in the Guardian, ‘it digs deep into the poet’s West Midlands roots, enlivening and reimagining the heritage of that eponymous heartland of iron foundries, coal mines and steel mills, on both personal and public footings.’

You can read ‘Bird’ on the Poetry Archive website. 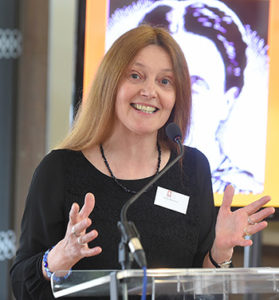 Award-winning poet Gerda Stevenson writes in Scots as well as English. As well as writing poetry, she has worked in  theatre, TV, radio, film, and opera, in Britain and internationally. Her most recent collection Quines – Poems in Tribute to Women of Scotland, was published by Luath Press on the 8th March 2018, for International Women’s Day.

MPT will be publishing new work by Gerda Stevenson in spring 2019 issue, Our Small Universe. You can read and listen to several of her poems on the Scottish Poetry Library website.

Read ‘The Abdication of Mary Queen of Scots‘ by Gerda Stevenson on the Scottish Poetry Library Website. 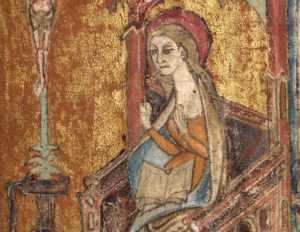 Gwerful Mechain (1460–1502) was a medieval Welsh poet, who wrote in Cymraeg, and she is the only medieval woman poet with a considerable surviving body of work.

MPT Our Small Universe will feature a new translation of Gwerful Mechain by Zoë Brigley Thompson.

In the meantime, a selection of poems by Mechain can be found online – and in 2018 Broadview Press published an anthology of Gwerful Mechain’s poetry, which you can read more about on medievalists.net.