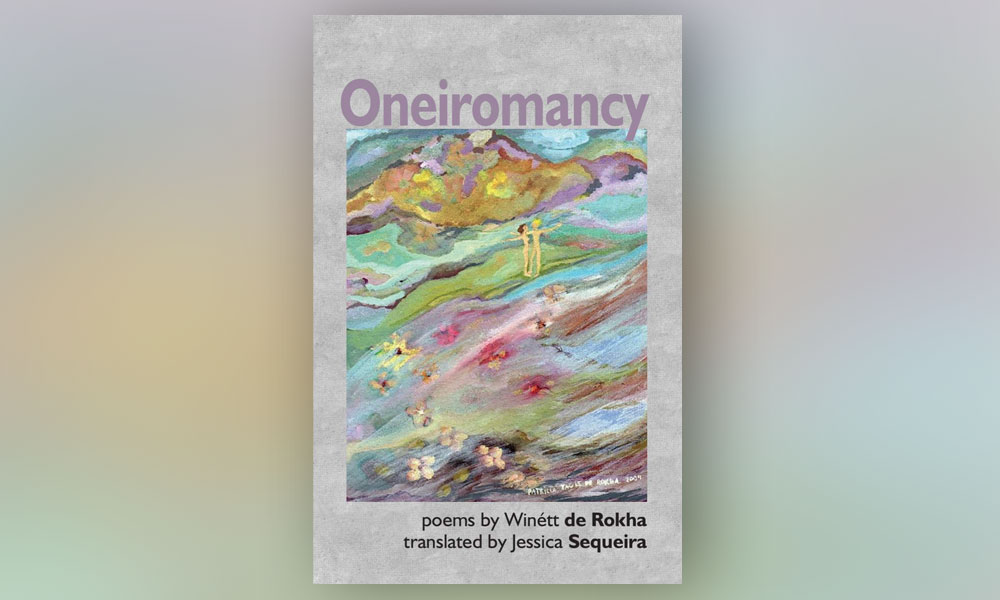 When Carol Ann Duffy wrote The World’s Wife and gave a voice to the female partners of famous men she might almost have been thinking of Winétt de Rokha (1892-1951), a great Chilean poet whose work is eclipsed by that of her husband. Winétt de Rokha, the pen name of Luisa Victoria Anabalón Sanderson, is most famous as the wife of one of the big four of Chilean poetry, Pablo de Rokha. Her own writing is neglected and perhaps even the alias she chose, which uses her husband’s surname, helped ensure that her poems were eclipsed by his work. This book, a translation of her 1943 collection Oneiromancy, makes one of her four poetry collections available in English and reveals an author with her own distinct voice.

Oneiromancy, the study of dreams to predict the future, is a fitting title for a work which is often surreal. Everything in the poems is fluid and can be transformed at any moment: yet the book has an emotional coherency and reflects the pain she felt at her husband’s affair with an Ecuadorean woman. The real story is perhaps less important than the universal relevance of the poems which speak to anyone who has encountered loss or seen their idols toppled. The first poem ‘Elegy Written in a July Wind’ may be driven by the fragmentation of a personal world after betrayal, but seems relevant to the wider war-torn world of 1943:

Close the windows, it’s the wind and its burning tail,
it’s the concave wind of the full hurricane;
the glass doesn’t contain it,
it sweeps up petals, scaffolding, skies, house slippers,
secret knots of rebel immolation,
everything whirling, surrounded, gutted, pulled apart.

Even if you do not know the biographical background to this book, the poems, despite their dreamlike quality, are painful to read. The second poem ‘Planet Adrift’ again suggests a world destroyed, cut from its moorings, with its opening is reminiscent of the emotional claustrophobia in Sylvia Plath’s ‘Daddy’:

Who has stopped behind me?
Someone has covered my shadow,
a voice shuts me in, closing doors on me, cutting me off,
a wax grimace comes from very far away, doubling itself.

However, the concluding lines show that De Rokha is stepping outside the emotional confinement of the poem’s opening:

Vehemence, vehemence, you are the mirror of what NO LONGER IS,
I erase you from my being and wrap myself in fire,
rejecting you like a rosy girl in painful times,
of bloody dispute.

These two opening pieces are akin to the first stages of bereavement, when you experience anger and denial at loss, but expressed in a language that transcends its source. Rokha’s surreal cadences are complemented by a novelist’s eye for telling of small details that evoke a whole world in the reader’s imagination as in ‘Song of the Puppets’:

The feathers of a hat swam in the bulbs
like the nest of dead birds.

This poem ends with the beautifully crafted comparison of the empty room which ‘took account of its shadow’ and ‘the evening, when it looks into the river’s perpendicular eye.’

The book may have begun with a personal trauma but its scope is vast, embracing Latin American folk tales and history. The poems themselves can focus on the mundanity of a provincial town with just a couple of beautifully presented images, as in ‘Chain of Verbs’:

Damp town, town fragrant with acacias and cardinals,
on your sombre back a century rests and stretches.

Equally the language can zoom out to encompass a wider reality through a succession of beautiful, imaginatively coherent, images:

Embracing the river,
I bury my gaze amidst the algae of the shore
bursting with flowers and blue memories.
Everything turns, in that sway of a boat or cloud or thought,
because I cultivate in my soul that transparency
found in ideas of the sea, rivers and tears.

Sequiera’s translations of the poems read beautifully and her prologue to the book is a concise, insightful introduction to this neglected author who ‘transcends the role of muse and feminine support to which she has been relegated, and… deserves the full attention of scholars and translators, along with those who read in search of beauty’. Sequiera’s well-crafted translations should find a new audience for this unjustifiably neglected author.

Steve Komarnyckyj is a PEN award winning poet and translator whose next book which concerns the fictitious love affair between Che and a Ukrainian Cellist will be published in 2021.