An Istrian moon
Stained with salt and the west wind,
Over the lean and dark green slopes
Gnawed by the were-air of equinox,

A moon which might have been a match
Struck on the stairs of a Belgrade house
Razed to the ground sixteen years ago,

A house razed sixteen years ago,
A house inhabited by tainted fire and children
Who turned, as legend tells, into angels,

An angel, a smile emerging from the ashes
Like a leaf from a tree, defenceless;
The angel rehearsing a gesture on his wall
For centuries, with unknown intent,

The gesture I make in sleep to ward off the birds
Liming the wet carbide and singing like machine-guns
When, drenched in sweat, I want to wake in a garden,

A garden turned in compassion towards the sea
And steeped in the blue anaesthetic of afternoon shadows;
The old lace of light, yellowing and frayed,
And the sea’s fire between the trees,

A tree in the wind, half fire already,
A tree which seems to resemble the name
I’ve long been inventing for you, my love, in vain –

In a razed house, in dust, in wind,
In the years, in fire, gardens,
Yesterday, today, and tonight,
Lit like a match:

In the gnawing air of equinox
Over the lean and dark green slopes,
Stained with salt and the west wind,
An Istrian moon.

That which was Great 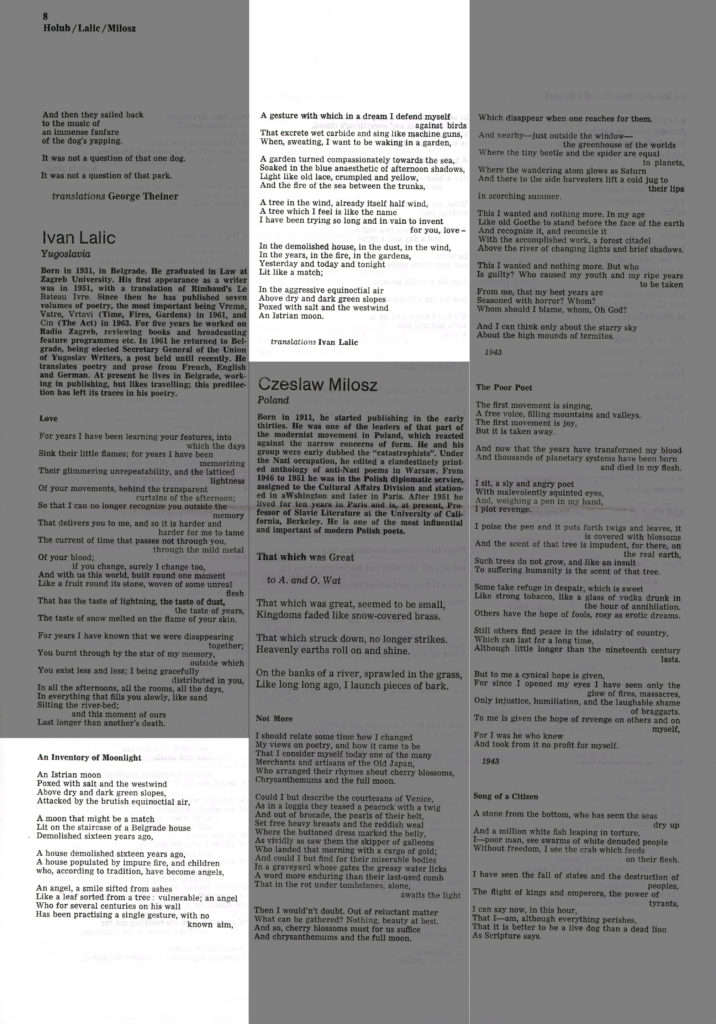